intrigued at how so many women of accomplishment were mysteriously not listed.

Susan Ware is the editor of volume 5 of Notable American Women, under preparation by the Radcliffe Institute for Advanced Study and the Harvard University Press.

Stacy Braukman is managing editor of the journal Atlanta History. 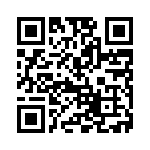