One of the rarest of books. Alexander's ideas transcend architecture and are applicable to almost any human endeavor - his concept of 'fit' and the mathematics behind it should be introduced during primary school and form an integral part of all curricula all the way up to the PhD level. Read full review

I was recommended this book as a way of understanding where the idea of Design Patterns came from in software engineering and I have to admit that I was very sceptical that it would be any use ... Read full review 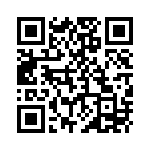