Touré is an author who has published six books, including I Would Die 4 U: Why Prince Became an Icon and Who’s Afraid of Post-Blackness?: What It Means to Be Black Now, a New York Times and Washington Post Notable Book. He was a TV host at MSNBC, MTV, and BET, and a correspondent at CNN. He hosts the podcast Touré Show. He has written for The New York Times, The New Yorker, Rolling Stone, The Washington Post, The Nation, Vogue, and many other publications. He lives in Brooklyn with his wife and two children. Follow his Instagram @Toure. 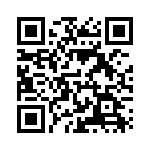