Doug Lennox was an internationally acclaimed broadcaster, a veteran character actor, a commercial voice artist, and a bestselling author. He has appeared in more than 60 films and television features, including X-Men, Police Academy, Lonesome Dove, and Against the Ropes, and shared screen time with Meg Ryan, Hugh Jackman, Burt Reynolds, Holly Hunter, Eric McCormack, Gary Oldman, and a myriad of others. 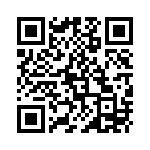