The book “Objects of Translation: Material Culture and Medieval ‘Hindu-Muslim’ Encounter” by Finbarr B.Flood presents a new perspective on the value of the material evidences of the medieval period, or rather in his words “premodern” period in South Asian history. Introducing a novel outlook regarding the versatility of cultures, in this case, between the Hindu and Muslim cultures of South Asia, and their impact on the contemporary material assemblages, this book attempts to establish that premodern cultures were ‘mobile’ rather than ‘static’ and they continuously kept on inspiring and influencing each other culturally as well as in socio-economic spheres.
The time-sequence of Flood’s work ranges from the early eighth to the early thirteenth centuries, the study of which mostly assumes primacy as a period when “Muslim intruders” triumphed over the “Hindu defenders” of South Asian regions. However, Flood in his work tries to gauge the interrelationship or “routes” between the two cultures rather than typically stressing more on the nature or “roots” of the engagements; thus highlighting the fluid nature of “Hindu” and “Muslim” identities. This he substantiates with multiple examples from sources when there are instances of people who were oblivious of the rigidity in identities and went on to work and rather prosper under the aegis of patrons of the “other” community.
Affirming the nexus between the two cultures which eclipsed racial and theological peripheries, Flood points out that the works of the contemporary writers very frequently depended on translations from texts of the “other“ community, he also focuses on the fluctuations that feature in the writings between the upholding and the disapproval of the “differences” between the two communities. Such textual works of one community based on the essence of the customs of another community (in this case, the Persian translation of the ‘Kalila wa Dimna’ which speak of the origins of the text as Indian and mentions the patron’s victories in India) are indicative of the nature of the interaction between the two communities as mutable rather than static.
Flood very explicitly highlights the connotations of the term “translation” being widened in recent times to incorporate not only linguistic “texts”, but also material remains or “things” (for e.g. coins, paintings, monumental architecture, dressing styles, etc); thus bringing the reader’s focus to the necessity of giving equal centrality to material sources as written sources by asserting that past interpretations have mostly been dependent on literary sources while ignoring or overlooking the semantic aspects of “transculturation” that archaeological sources provide. The author also points out that the practices of separating or compartmentalising between the “Indic” artefacts and the “Islamic” artefacts severely occludes the progress in the studies of ‘translations between cultures’.
The chapter titled “Remaking Monuments” studies the material remains of the Ghurid sultanate and their intricate associations with their contemporaries in North India. The author acquaints the readers with the instances of extensive patronage being extended to the Ghurid monuments in the Indus Valley by the Sultans in order to reinforce their authority as promoters of the Sunni faith, thus corroborating the relationship between “architectural patronage” and “promotion of orthodoxy” which he establishes in the earlier sections of the book. Using the architectural patterns of mosques as evidences, the author tries to highlight the expressions of strong “iconoclastic” tendencies in mosques of Khatu and Ajmer as opposed to the more subtle expressions at Delhi and Kaman, thus assuming that such differences might be due to local labour customs or differences in the ideologies and tastes of the patrons.
The author further distinguishes the architectural patterns of the pre and post-Ghurid conquest mosques by the heavy

Finbarr Barry Flood is the William R. Kenan, Jr., Professor of the Humanities in the Department of Art History and the Institute of Fine Arts, and founder-director of Silsila: Center for Material Histories at New York University. His books include Piety and Politics in the Early Indian Mosque and The Great Mosque of Damascus. 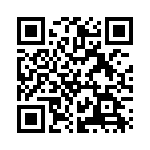