I found this to be one of the most impressive book in the series so far. Hades is often painted as a villain, often over this one story where he kidnapped Phersophone. I like how in this one, though ... Read full review

Wow, what a great opening to a book, a personal tour through the Greek Underworld. Really amazing work from one of my favorite GN writers and artist. And I love the Notes at the back. Show your work! Read full review

George O'Connor is an author, illustrator and cartoonist. His first graphic novel, Journey Into Mohawk Country, used as its sole text the actual historical journal of the seventeenth-century Dutch trader Harmen Meyndertsz van den Bogaert, and told the true story of how New York almost wasn't. He followed that up with Ball Peen Hammer, the first graphic novel written by playwright Adam Rapp, a dark, dystopian view of a society's collapse. Now he has brought his attention to Olympians, an ongoing series retelling the classic Greek myths in comics form. In addition to his graphic novel career, O'Connor has published several children's picture books, including the New York Times best-selling Kapow, Sally and the Some-Thing, and Uncle Bigfoot. He lives in Brooklyn, NY. 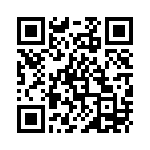