From the book: WOMAN: It seems to me that as a social system, anarchism makes such bottom-line sense that it was necessary to discredit the word, and take it out of people’s whole vocabulary and ... Read full review

Chomsky makes a good case for anarchism. A highlight is the autobigraphical section detailing how he came to be an anarcho-syndicalist. A significant part of the book is a reinterpretation of the ... Read full review

Noam Chomsky is Institute Professor (emeritus) in the Department of Linguistics and Philosophy at the Massachusetts Institute of Technology and Laureate Professor of Linguistics and Agnese Nelms Haury Chair in the Program in Environment and Social Justice at the University of Arizona. A world-renowned linguist and political activist, he is the author of numerous books, including On Language: Chomsky's Classic Works Language and Responsibility and Reflections on Language; Understanding Power: The Indispensable Chomsky, edited by Peter R. Mitchell and John Schoeffel; American Power and the New Mandarins; For Reasons of State; Problems of Knowledge and Freedom; Objectivity and Liberal Scholarship; Towards a New Cold War: U.S. Foreign Policy from Vietnam to Reagan; The Essential Chomsky (edited by Anthony Arnove); and (with Michel Foucault) The Chomsky-Foucault Debate. He lives in Tucson, Arizona. Nathan Schneider is the author of Thank You, Anarchy: Notes from the Occupy Apocalypse and God in Proof: The Story of a Search from the Ancients to the Internet. He also edits the online publications Waging Nonviolence and Killing the Buddha. He lives in Brooklyn. 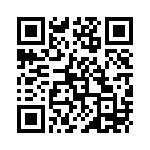