I received a copy of this book through a giveaway on GoodReads and the following is my honest opinion. In high school history had always been my best subject with about a 93 average, from the 10th to ... Read full review

This is a superb book which tells the full story of the apportionmnet cases, decided by the Supreme Court in the early 1960's. It tells of the lawyers who brought the cases, the arguments before the ... Read full review

J. Douglas Smith is the author of Managing White Supremacy: Race, Politics, and Citizenship in Jim Crow Virginia, which received the 2003 Library of Virginia Literary Award in Nonfiction. He is the director of humanities at the Colburn Music Conservatory and the executive director of the Los Angeles Service Academy, a program that teaches students how the political, social, and environmental infrastructure of metropolitan Los Angeles works. He lives in Los Angeles with his wife and two children. 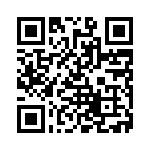