This audio book was not very good. It may have been poorly translated from Spanish, but I am uncertain. It is basically just a conversation between then a Cardinal from Burnouses Ares Argentina (now ... Read full review

Intriguing Interfaith Dialogue I really appreciate the translation and publication of these candid conversations. They not only offer wonderful insights into our current Pope and his Rabbi friend but ... Read full review

JORGE MARIO BERGOGLIO, POPE FRANCIS, is the first Latin American to be elected to the chair of Peter. A native of Buenos Aires, Argentina, he was ordained as a priest in 1969. He served as head of the Society of Jesus in Argentina from 1973 to 1979. In 1998 he became the archbishop of Buenos Aires, and in 2001 a cardinal. Following the resignation of his predecessor, Pope Benedict XVI, February 28, 2013, the conclave elected Bergoglio, who chose the papal name Francis in honor of Saint Francis of Assisi. He is the first pope to be a Jesuit, to come from the Americas, and to come from the Southern Hemisphere. 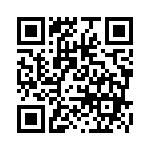