Cornelis de Waal teaches philosophy at Indiana University -- Purdue University Indianapolis, where he also directs a graduate program in American philosophy. His main scholarly activity is the reorganization of the manuscripts of Charles S. Peirce for the monumental WRITINGS OF CHARLES S. PEIRCE: A CHRONOLOGICAL EDITION, of which he is one of the editors. Other books by Cornelis de Waal include ON MEAD and his critically acclaimed ON PEIRCE. Both appeared with Wadsworth. 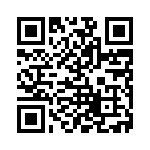