Thomas McMahon was born in Dayton, Ohio, in 1943. He has an S.B. from Cornell University and a Ph.D. from Massachusetts Institute of Technology. McMahon has taught at Harvard University since 1970 and has been the Gordon McKay Professor of Applied Mechanics and a professor of biology since 1977. McMahon has contributed numerous articles to Science, Scientific American, and other science journals and his written several books, among them "Principles of American Nuclear Chemistry: A Novel. 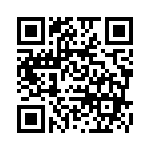