It was seventh grade when Milli Mills received the 'Outstanding Performance' award in English at Marvell Middle School in Marvell, Arkansas. From this recognition, she realized she had the gift of writing. Milli went on to receive a Bachelor of Arts in Speech and Theater with a concentration in Communication in 1988 from the University of Arkansas at Pine Bluff. Since then, Milli has worked in various broadcast markets as a radio personality in the Arkansas, Memphis, and Dallas. These stations include KRNB-FM and KHVN-AM in Dallas, TX - KCLT - West Helena, KYDE - Pine Bluff, KIPR - Little Rock (all located in Arkansas); WHRK-K-97 FM, KJMS 101.1 FM, WRVR-104.5 FM, KXHT-Hot 107.1 FM, WLOK-Gospel AM, WMC - 99.7 FM, and Star 98.1 FM, Classic Hits all located in Memphis, Tennessee. Since February of 2002, Milli has been a radio air personality at ABC Radio Networks in Dallas, TX and can be syndicatedly heard weekends in various markets across the country. After building an extensive radio career, 18 years later Milli obtained a Master of Arts Degree in Organizational Management on October 20, 2004 from the University of Phoenix. Recently, Milli received a Doctorate Degree in Education - Teacher Leadership from Walden University. Milli is also a Voice-Over Artist, Choreographer, and an Upcoming Actress. She has voiced many local and regional Radio and TV commercials mainly in the Arkansas and Memphis markets as well as appeared in a few local and regional TV commercials, performed with the Hip-Hop dance troop, Suaveíous, was an extra in the 1993 Tom Cruise blockbuster movie, The Firm, and was chosen in 1998 by Ebony Magazine as one of the Top 25 "Most Successful Black Female Singles" in America. She is also a member of the American Federation for Television and Radio Artists (AFTRA). 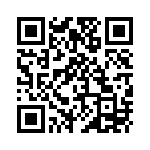