Read it long time ago, in the seventies, together with Jerry Rubin´s DO IT and liked both, DO IT another more ... great way of living and great time. I am really happy about the film as it brings back ... Read full review

This book is as crazy as it is beautiful. The road throughout life and America is diverse, maddening, and both nice and mean, as are the books characters. It doesn't have to make sense, and it doesn't ... Read full review

Jack Kerouac(1922-1969), the central figure of the Beat Generation, was born in Lowell, Massachusetts, in 1922 and died in St. Petersburg, Florida, in 1969. Among his many novels are On the Road, The Dharma Bums, Big Sur, and Visions of Cody. Watch a Video 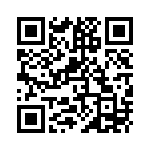