Matthew J. Mancini is chair of the Department of History at Southwest Missouri State University. He is the author of Alexis de Tocqueville and coeditor of Understanding Maritain. 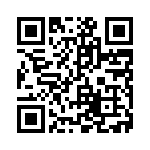