I took a class in college from the author, I knew he
was writing this book...I'm sure that he put the passion
of; " Mass Media and Society " from academic to author
into this book...
I will be looking forward to reading it...In my many trips
to Europe, in Amsterdam and Copenhagen one can rent
a bicycle for next to nothing to get around town...
I can only hope that this most brilliant transportation alternative
will someday spread to this country...
With the help of Prof. Zack Furness this will hopefully someday
come to pass...
Rod Severson
Seattle, Wa

Zack Furness is an Assistant Professor of Cultural Studies at Columbia College Chicago and a member of the Bad Subjects collective. 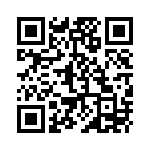