Allan Ahlberg was born in 1938 in South London, and grew up in the Black Country. He worked as a teacher, postman, grave digger, soldier and plumber's mate before he became a full-time writer. He met his wife and creative partner, Janet at teacher training college. It was because Janet wanted to illustrate a book that Allan wrote his first book, the Brick Street boys. After that, together they wrote 37 books. Janet died in 1994 and Ahlberg discontinued his writing career for a few years before picking it up again.

Colin McNaughton was born on May 1, 1951 in Britain. He is the writer and illustrator of over 70 children's books. He studied graphic design at the Central School of Art and Design in London. He then went on to earn his MA in illustration at the Royal College of Art which is when he published his firat book. His picture books have comic -strip techniques that make them unique. McNaughton's books include the Preston Pig series: Suddenly!, Boo!, Clops!, Goal!, Hmm... and Shh (Don't Tell Mister Wolf!) all of which feature Preston Pig and his clever escapes from Mr Wolf. A TV series was later developed from these books. One of his notable books is, There's an Awful Lot of Weirdos in Our Neighbourhood, which is a collection of poetry written with Allan Ahlberg. 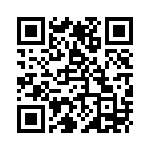