"“This is going to be one wild night, but don’t worry; I’ll get you so drunk you won’t even remember it in the morning,” he assured me, leading me out of the building." I cant believe I actually ... Read full review

Kirsty Moseley has always been a passionate reader since she was a little girl, devouring books overnight. Writing has come similarly to her and once she discovered Wattpad, she finally plucked up the courage to post one of her stories. Seven million reads later, she self-published her debut novel The Boy Who Sneaks in My Bedroom Window, which later became one of 10 Finalists for the 2012 Goodreads' Choice Awards, Best YA Fiction. Shocked and overwhelmed by the response, she published her second novel a few months later and hasn't looked back. 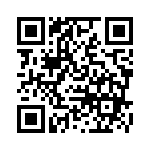