Russell Hardin, Professor of Politics at New York University, is the author of numerous works, including Morality within the Limits of Reason and Collective Action. He is a fellow of the American Academy of Arts and Sciences and the American Association for the Advancement of Science. 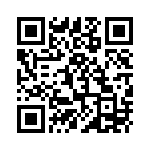