ONE LIFETIME IS NOT ENOUGH

Entertainment plus as Gabor recaps her nine marriages and names apparently every man who ever slept with her—an epic list. Whatever her image as a high-fashion featherbrain relentlessly pursuing ... Read full review

Oh, this was the FUNNIEST book. We had it on audio, and her accent was priceless. When she described her "clingy" dress - and her dress was ALWAYS clingy - it came out "clinky" so I'm envisioning some ... Read full review

Zsa Zsa Gabor was born Sari Gabor in Budapest, Hungry on February 7, 1917. She was Miss Hungary in 1936. On the eve of World War II, she emigrated to the United States with her mother and sisters Magda and Eva. She became an actress who was married at least eight times. She appeared in more than 60 television movies and feature films including Moulin Rouge, Lili, Touch of Evil, and Queen of Outer Space. She wrote several books, with the help of collaborators and ghost writers, including Zsa Zsa Gabor: My Story; Zsa Zsa's Complete Guide to Men; How to Catch a Man, How to Keep a Man, How to Get Rid of a Man; and One Lifetime Is Not Enough. She died from heart failure on December 18, 2016 at the age of 99.

Wendy Leigh was born on September 13, 1950. She was the author of more than 15 books including Bowie, Prince Charming: The John F. Kennedy Jr. Story, and The Secret Letters of Marilyn Monroe and Jacqueline Kennedy. She was the co-author of Life with My Sister Madonna, Jeannie Out of the Bottle, and Shirley Jones. She also wrote a popular erotica series entitled Unraveled. She died on May 29, 2016 after falling from the balcony of her London apartment at the age of 65. 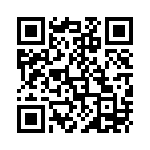