Dr. Stanley M. Wagner, z l, was Rabbi of the Beth HaMedrosh HaGadol Congregation in Denver, Colorado, for twenty-five years, during which time he was also a professor of the Center for Judaic Studies at the University of Denver, as well as Founding Director of the Mizel Museum in Denver. He wrote, co-authored, edited, or co-edited fifteen volumes, including the five-volume Onkelos on the Torah, A Piece of My Mind, Traditions of the American Jew, Great Confrontations in Jewish History, and Great Schisms in Jewish History. He was also general editor of a six-volume series entitled Christian and Jewish Traditions in the 20th Century. Professor Wagner received six degrees of higher learning from Yeshiva University, including a doctorate in Jewish history. Before his recent demise, he resided in Jerusalem. 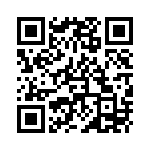