Writer, radio host and stand-up comic Cecily Knobler currently writes and hosts "Live from Hollywood," a daily morning show, where she provides entertainment reports and film reviews for 15 FM radio commercial markets across the U.S. and Canada, with hundreds of thousands of listeners.As a writer, she is a longtime contributor to US WEEKLY magazine, American Curves magazine, The Television Academy (Emmys) website and previously had her own columns in Los Angeles Magazine and The NoHo L.A. News, where she discussed politics and relationships. 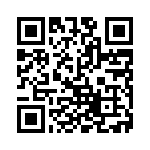