Andrew S. Tanenbaum has a B.S. Degree from M.I.T. and a Ph.D. from the University of California at Berkeley. He is currently a Professor of Computer Science at the Vrije Universiteit in Amsterdam, The Netherlands, where he heads the Computer Systems Group. He is also Dean of the Advanced School for Computing and Imaging, an interuniversity graduate school doing research on advanced parallel, distributed, and imaging systems. Nevertheless, he is trying very hard to avoid turning into a bureaucrat.

Prof. Tanenbaum has also produced a considerable volume of software. He was the principal architect of the Amsterdam Compiler Kit, a widely-used toolkit for writing portable compilers, as well as of MINIX, a small UNIX clone intended for use in student programming labs. Together with his Ph.D. students and programmers, he helped design the Amoeba distributed operating system, a high-performance microkernel-based distributed operating system. The MINIX and Amoeba systems are now available for free via the Internet..

Albert S. Woodhull was a faculty member in the School of Natural Science, Hampshire College, Amherst, MA for many years. He has taught at the University of Massachusetts and Smith College in the US, and he has been a visiting faculty member on multiple occasions at universities in Nicaragua, supported on two of these visits by Fulbright grants. He also served as a computer and network system administrator at the University of Massachusetts. He holds an B.S. degree from M.I.T. and a Ph.D. from the University of Washington. His home page on the web is at http://minix1.woodhull.com/asw/. 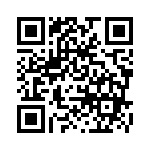