Stephen Turnbull took his first degree at Cambridge University, and received a PhD from Leeds University for his work on Japanese religious history. His work has been recognized by the awarding of the Canon Prize of the British Association for Japanese Studies and a Japan Festival Literary Award. He is currently an Honorary Research Fellow at the Department of East Asian Studies at the University of Leeds.

Richard Hook was born in 1938 and trained at Reigate College of Art. After national service with 1st Bn, Queen's Royal Regiment, he became art editor of Finding Out during the 1960s. He has worked as a freelance illustrator ever since, earning an international reputation particularly for his deep knowledge of Native American material culture, and has illustrated more than 50 Osprey titles. Richard is married and lives in Sussex; his three children Adam, Jason, and Christa are all professionally active in various artistic disciplines. 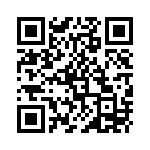