This book was written almost 60 years ago. It is still frequently, if not always, cited or referred to in some manner during any discussion or class that deals with fraud. I decided to examine the source for myself.
He attempts to follow proper design and procedure for scientific research.
The criteria used for selecting cases were:
1. Accepting a position of trust in good faith, and
2. A criminal violation of financial trust.
“The legal concept of embezzlement was abandoned.” (p. 20) There is a lot of filtering based on the author’s strict definitions of criminal acts, embezzlement, forgery, confidence game and larceny by bailee.
There is also a lot of discussion regarding an innate defect, depravity or other mental abnormality. The subjects often describe themselves as not acting in my right mind, or other words to that effect. However, the author does not include any psychology as background or discussion or support for his hypothesis. It seems to me that an individual’s psychological makeup and health would be at least a factor in a discussion of criminal behavior.
Source of the case files was persons confined at the Illinois State Penitentiary at Joliet from April to September, 1949, the California Institution for Mean at Chino from October, 1950 through May, 1951, and the U.S. Penitentiary at Terre Haute, Indiana from June through August, 1951.
503 files were selected for review, and the author did a significant amount of filtering based on his subjective criteria. He was left with 73 cases from Joliet, 21 from Chino, and 39 from Terre Haute., a total of 133. An average of 15 hours was spent with each subject. As he moved through the process of conducting initial interviews and examining case files, Cressey revised his initial hypothesis several times.
The final hypothesis is as follows:
“Trusted persons become trust violators when they conceive of themselves as having a financial problem that is non-shareable, are aware that this problem can be secretly resolved by violation of the position of financial trust, and are able to apply to their own conduct in that situation verbalizations which enable them to adjust their conceptions of themselves as trusted persons with their conceptions of themselves as users of the entrusted funds or property.” (p. 30)
Chapter 2 examines the role of the non-shareable problem with respect to the hypothesis and the trust violation. Chapter 3 examines the opportunity for trust violation, and chapter 4 covers the violator’ vocabularies of adjustment, or the rationalization. The final chapter closes with conclusions and implications. Surprisingly, on page 153, Cressey states, “The theory which we have presented has few practical implications either for prevention and detection of trust violation or for treatment of apprehended offenders.”
As I read through the book, I get the distinct feeling that he is stacking the deck in his favor. Although the author takes great pains to describe his scientific rigor with respect to being objective in comparing the case histories to his hypothesis, I get the distinct impression, feeling and conclusion that he uses a lot of subjective rationalizations of his own to ensure the cases fit neatly within his theory. He claims that “The formulation of hypotheses was guided entirely by the search for negative cases.” (p. 17) But he admits that future revision will be necessary, if negative cases are found. He claims that he made a rigorous attempt to examine other data in an effort to find negative cases, that is, cases where the facts would not support his hypothesis.
To me, perhaps the most striking aspect of his description and narrative is just how much life, culture, business and technology has changed since the book was written. The narrative is completely infused with the perspective of the depression, World War II, and the environment immediately thereafter. The world he writes about and the world that defines his universe is completely alien to 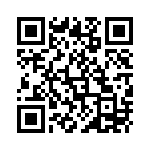