A simple, well-illustrated story of an otter growing up. The story flows well with good word choice, strong verbs and nice use of adjectives. Some action and excitement woven in, but nothing a small ... Read full review

As a child, Doe Boyle watched every National Geographic and Jacques Cousteau documentary, fascinated with their exploration of the undersea habitat. Born and raised on the Connecticut shoreline, she took classes at her local Audubon sanctuary to satisfy her curiosity with the natural world. The adaptor of the Adventures of Ranger Rick series published by Soundprints in conjunction with the National Wildlife Federation, Doe is also the author of Otter on His Own, Gray Wolf Pup, and Summer Coat, Winter Coat published in association with the Smithsonian Institution. A graduate of Fairfield University, Doe is also an author and editor of adult nonfiction. Her free time is often spent exploring the seashore with her husband and four daughters. She visits frequently with school children to share her love for nature and literature. Their enthusiasm inspires her writing.

Robert Lawson was born in 1892 in New York City. He studied art for three years under illustrator Howard Giles. His career as an illustrator began in 1914, when his illustration for a poem about the invasion of Belgium was published in Harper's Weekly. In 1922, he illustrated his first children's book, The Wonderful Adventures of Little Prince Toofat. Subsequently he illustrated dozens of children's books by other authors, including such well-known titles as The Story of Ferdinand by Munro Leaf and Mr. Popper's Penguins by Richard and Florence Atwater. He has illustrated as many as forty books by other authors, and another seventeen books that he himself was author of, including Ben and Me: An Astonishing Life of Benjamin Franklin By His Good Mouse Amos and Rabbit Hill. His work was widely admired, and he became the first, and so far only, person to be given both the Caldecott Medal (They Were Strong and Good, 1941) and the Newbery Medal (Rabbit Hill, 1945). Ben and Me earned a Lewis Carroll Shelf Award in 1961. Lawson died in 1957 at his home in Westport, Connecticut, in a house that he referred to as Rabbit Hill, since it had been the setting for his book of the same name. He was 64. 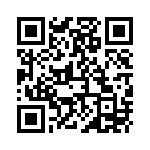