Jenna Wiessman Joselit is currently visiting professor of American Studies at Princeton University. The author of numerous publications in cultural history, including "The Wonders of America: Reinventing Jewish Culture 1880-1950" (winner of the Jewish book Award in History). Joselit has also curated & consulted on more than 30 exhibitions throughout the country. She lives in New York City. 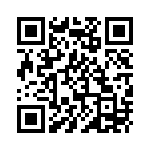