“Climb the mountains and get their good tidings. Nature’s peace will flow into you as sunshine flows into trees. The winds will blow their own freshness into you, and the storms energy, while cares ... Read full review

Not read the book---but I worry about the sierra club being dominated by an inside group from bedminister/bernardsville area. Not enough of a cross section!

The naturalist John Muir was born in Dunbar, Scotland. When he was 11 years old, he moved to the United States with his family and lived on a Wisconsin farm, where he had to work hard for long hours. He would rise as early as one o'clock in the morning in order to have time to study. At the urging of friends, he took some inventions he had made to a fair in Madison, Wisconsin. This trip resulted in his attending the University of Wisconsin. After four years in school, he began the travels that eventually took him around the world. Muir's inventing career came to an abrupt end in 1867, when he lost an eye in an accident while working on one of his mechanical inventions. Thereafter, he focused his attention on natural history, exploring the American West, especially the Yosemite region of California. Muir traveled primarily on foot carrying only a minimum amount of food and a bedroll. In 1880 Muir married Louie Strentzel, the daughter of an Austrian who began the fruit and wine industry in California. One of the first explorers to postulate the role of glaciers in forming the Yosemite Valley, Muir also discovered a glacier in Alaska that later was named for him. His lively descriptions of many of the natural areas of the United States contributed to the founding of Yosemite National Park in 1890. His urge to preserve these areas for posterity led to his founding of the Sierra Club in 1892. 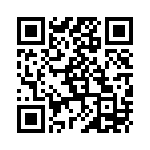