In this book, Derek Bok does an incredible job of laying out the shortcomings in undergraduate education. However, he does this without failing to acknowledge the good being achieved. As a former ... Vollständige Rezension lesen

Derek Bok is President Emeritus and Research Professor at Harvard University and the author of many major books on higher education, including (with William Bowen) The Shape of the River: Long-Term Consequences of Considering Race in College and University Admissions and Universities in the Marketplace: The Commercialization of Higher Education (both Princeton). 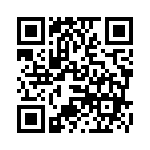