An epic account of America's involvement in Vietnam by a historian who covered much of the war for the New York Times. Langguth (A Noise of War, 1994, etc.) uses the same technique he employed in his ... Llegeix la ressenya completa

This is a broad survey of the war starting in 1960 through 1975. Each chapter focuses on one year and revolves around one individual who played a major role that year in the war. I found this book to ... Llegeix la ressenya completa

A. J. Langguth (1933–2014) was the author of eight books of nonfiction and three novels. After Lincoln marks his fourth book in a series that began in 1988 with Patriots: The Men Who Started the American Revolution. He served as a Saigon bureau chief for the New York Times, after covering the Civil Rights movement for the newspaper. Langguth taught for three decades at the University of Southern California and retired in 2003 as emeritus professor in the Annenberg School for Communication and Journalism. 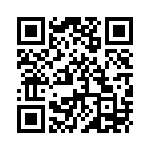