For many years, Mike Collier was a partner in the worldwide accounting firm of PricewaterhouseCoopers, where he provided audit and financial consulting services to companies in the energy industry. Mike also served as the chief financial officer of a Texas oil company. Today, Mike is a consultant in Houston, working with private equity firms investing in growing Texas companies.

Mike started his career at Exxon and later moved to the audit practice of Price Waterhouse, where he earned his CPA license and worked in the Austin, Dallas, New York, and Houston offices. Mike graduated from Georgetown High School, in Central Texas, and received an undergraduate degree in Petroleum Land Management and an MBA from the University of Texas at Austin. He and his wife Suzanne have been married for almost three decades, and they have two sons who graduated from Kingwood High School before also going to UT.

Mike was the Democratic nominee for Texas State Comptroller in 2014 and remains active in helping Democrats win elections and create healthy political competition in Texas. 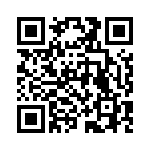