An arresting and perceptive critique of the media-centric process by which America selects its Presidents. Drawing on anecdotal as well as statistical evidence from races past, Patterson (Political ... Read full review

Thomas Patterson thinks that the US system of electing a president is badly broken, and that the role of the press is a big part of what's wrong with it. Press coverage of presidential campaigns is ... Read full review

Thomas E. Patterson is the Bradlee Professor of Government and the Press at Harvard University’s John F. Kennedy School of Government. For many years he taught at Syracuse University. He is the author of several books on politics and the media, including Out of Order, which won the American Political Science Association’s 2002 Doris Graber Award for the best book in the field of political communication, and The Unseeing Eye, which was named one of the fifty most influential books of the past half century in the field of public opinion by the American Association for Public Opinion Research. He lives in Brookline, Massachusetts. 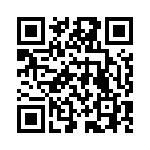