Ross Hockrow has written and directed six feature films, three short films, and dozens of music videos and commercials. He is co-founder of CineStories which services clients such as SKYPE and Expedia. Ross has taught film theory and editing theory in over 150 cites worldwide, including two 40 city tours. His Out Of Order Tour: Understanding Storytelling and Editing Theory, on which this book is based, was sponsored by numerous high-profile companies such as Adobe, Canon, AJA and more. 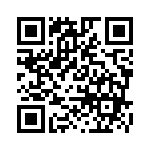