The son of a seafaring father, Richard Julius Herman Krebs, a.k.a. Jan Valtin, came of age as a bicycle messenger during a maritime rebellion. His life as an intimate insider account of the dramatic ... Read full review 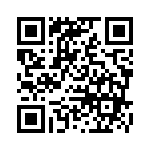