Patricia Fern&ández-Kelly is Senior Lecturer in Sociology at Princeton University, where she also holds an appointment with the Office of Population Research.

Jon Shefner is Associate Professor of Sociology at the University of Tennessee. 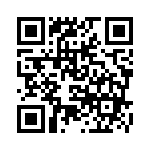