Lester R. Brown is President of Earth Policy Institute, and has been described as 'one of the world's most influential thinkers' by The Washington Post. He is widely known as the Founder and former President of the Worldwatch Institute, whose Board he now chairs. He launched the influential State of the World reports, which are now published in over 30 languages. Brown has been honoured with numerous prizes, including the MacArthur 'Genius' Fellowship, the United Nations Environment Prize, and Japan's Blue Planet Prize. He lives in Washington, DC. 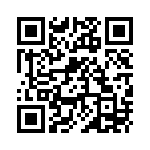