A useful volume, but one that leaves many obvious approaches untouched: 1) American militarism (imperialism is all but absent in the book, though it makes an oblique appearance in discussing a ... Read full review

This is an interesting, valuable and important book, and I'm fairly sure almost no-one has or, for that matter will, read it. I will do what I can to change that. John Mueller is from a venerable but ... Read full review 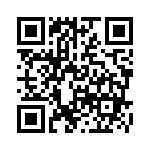