Martin M. Antony, PhD, is professor in the department of psychology at Ryerson University in Toronto, ON, Canada, where he also served as department chair and graduate program director. Previously, he was founding director of both the Anxiety Treatment and Research Clinic and the Psychology Residency Program at St. Joseph’s Healthcare Hamilton. He is also past president of the Canadian Psychological Association. Antony has published thirty books, and more than 225 scientific articles and book chapters, mostly in areas related to cognitive behavior therapy (CBT), social anxiety, obsessive-compulsive disorder (OCD), panic disorder, specific phobia, and perfectionism. He has received a number of prestigious awards, and he is a Fellow of the Royal Society of Canada, the American and Canadian Psychological associations, the Association for Psychological Science, the Association for Behavioral and Cognitive Therapies, and the Canadian Association of Cognitive and Behavioural Therapies. Antony has trained and supervised numerous students in psychology, psychiatry, social work, and other disciplines. He has given more than 300 workshops and presentations to professionals across four continents. He has also been interviewed, featured, or quoted more than 450 times in various print, radio, television, and online media outlets, including CBC, CNN, CTV, The Globe and Mail, National Post, Toronto Star, The New York Times, The Washington Post, Chatelaine, O, The Oprah Magazine, Reader’s Digest, Prevention, Scientific American Mind,and many others.

Karen Rowa, PhD, is a psychologist at the Anxiety Treatment and Research Centre at St. Joseph's Healthcare and assistant professor in the Department of Psychiatry and Behavioural Neurosciences, McMaster University in Hamilton, ON. She received her PhD in clinical psychology from the University of Waterloo and completed her predoctoral training at the Centre for Addiction and Mental Health in Toronto, ON. She completed a postdoctoral fellowship at the Anxiety Treatment and Research Centre before joining the faculty. Her research interests involve understanding ways to improve treatment outcome for anxiety disorders. She has published numerous scientific papers and book chapters on the anxiety disorders and related topics. She is actively involved in clinical research, practice, teaching, and education. 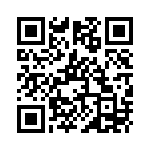