Publius Ovidius Naso (20 March 43 BC--AD 17/18), known as Ovid. Born of an equestrian family in Sulmo, Ovid was educated in rhetoric in Rome but gave it up for poetry. He counted Horace and Propertius among his friends and wrote an elegy on the death of Tibullus. He became the leading poet of Rome but was banished in 8 A.D. by an edict of Augustus to remote Tomis on the Black Sea because of a poem and an indiscretion. Miserable in provincial exile, he died there ten years later. His brilliant, witty, fertile elegiac poems include Amores (Loves), Heroides (Heroines), and Ars Amatoris (The Art of Love), but he is perhaps best known for the Metamorphoses, a marvelously imaginative compendium of Greek mythology where every story alludes to a change in shape. Ovid was admired and imitated throughout the Middle Ages and Renaissance. Chaucer, Spenser, Shakespeare, and Jonson knew his works well. His mastery of form, gift for narration, and amusing urbanity are irresistible.

William S. Anderson is Professor of Classics at the University of California, Berkeley. He is also the editor of Ovid's Metamorphoses: Books 6-12 and Ovid's: The Classical Heritage. 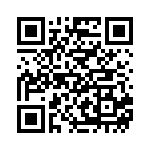