Stephen M. Ward is assistant professor at the University of Michigan in the Center for Afroamerican and African Studies (CAAS) and the Residential College. 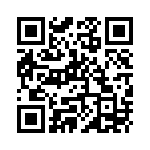