Reviewed by Ray Hosler for Readers' Favorite
Pairs with Life by John A. Taylor is a story about a down-on-his-luck, middle-aged wine steward who has a chance to own his own Napa Valley vineyard and live happily ever after. His path to success requires that he pass the extremely difficult Master Sommelier exam given in a San Francisco hotel. After the exam, the main character, Corbett Thomas, meets a woman named Sydney in the hotel and a romance begins. Thomas is good friends with an aging vintner who wants to sell his land in the Coombsville wine region, but Corbett needs to raise more than one million dollars to make the purchase. He finds out that a Silicon Valley billionaire investor also vies to own the property, which has more going for it than just grapevines. A well-developed plot plays out its twists and turns to the very end. The story’s satisfying conclusion has a lot to do with a strange little bug called a firefly. And, yes, they do live in California.
John Taylor writes his first novel fittingly in the first person, ideal for a witty writer to showcase bright, bubbly dialogue that goes down like a fine bottle of Domaine Chandon. The author strings together one over-the-top expressive sentence after another, and idiomatic expressions and metaphors will leave you laughing and craving more. For example: “And with that notch on my wine key, I could kiss the world of one-bedroom apartments and Top Ramen goodbye forever.” (Sensitive palates may find the salty language disagreeable.) The author’s characters are well developed with unique identities and backgrounds that mesh well with the plot. You’ll find yourself rooting for Thomas as he faces one hurdle after another in his quest to own a vineyard. Wine aficionados will do cartwheels as the author name-drops fine wines throughout and delves into the intriguing aspects of this colorful industry. His description of the Master Sommelier exam will leave you in stitches. Snuggle up with a fine wine on a winter’s evening and read Pairs with Life! It’s a must-read for wine lovers and teetotalers alike.

Owner of A New Look On BooksHer passion and now career started with a challenge?Raven is a freelance editor by night and fangirl at every other available opportunity.She always knew books were her passion, well after her grandmother's challenge to read a book a day; and obtained her B.A. in English with a concentration in Creative Writing from Arcadia University.Currently, she's drowning in her TBR list, revising her WIP while brainstorming a new project, and expanding her freelancing business - all while looking for more bookish things to get involved with.She is active on Twitter, Instagram, and sometimes Facebook when she remembers. 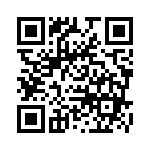