Deepak Chopra, MD serves as the Founder and Chairman of The Chopra Foundation, and Co-Founder of the Chopra Center for Wellbeing.

As a global leader and pioneer in the field of mind-body medicine, Chopra transforms the way the world views physical, mental, emotional, spiritual, and social wellness. Known as a prolific author of eighty books books with twenty-two New York Times best sellers in both fiction and non-fiction, his works have been published in more than forty-three languages.

Chopra’s medical training is in internal medicine and endocrinology. He is a Fellow of the American College of Physicians and a member of the American Association of Clinical Endocrinologists. Dr. Chopra serves as Co-Founder and Chairman of The Chopra Center for Wellbeing, Founder of The Chopra Well on YouTube, Adjunct Professor of Executive Programs at Kellogg School of Management at Northwestern University, Adjunct Professor at Columbia Business School, Columbia University, Assistant Clinical Professor, in the Family and Preventive Medicine Department at the University of California, San Diego, Health Sciences, Faculty at Walt Disney Imagineering, and Senior Scientist with The Gallup Organization.

GlobeIn acknowledges Chopra as "one of top ten most influential spiritual leaders around the world." TIME magazine has described Dr. Chopra as "one of the top 100 heroes and icons of the century and credits him as "the poet-prophet of alternative medicine." 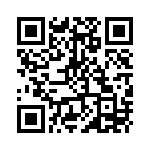