PANIC 2012: The Sublime and Terrifying Inside Story of Obama's Final Campaign

A semigonzo, often funny, occasionally revealing look at the daily business of conducting a presidential campaign.It's not quite Fear and Loathing on the Campaign Trail '72 or The Boys on the Bus, but ... Read full review

Michael Hastings was a contributing editor to Rolling Stone magazine and a correspondent at large for BuzzFeed. Before that he worked for Newsweek, where he rose to prominence covering the wars in Iraq and Afghanistan. He was the recipient of the 2010 George Polk Award for his Rolling Stone story The Runaway General. Hastings was the author of three books: I Lost My Love in Baghdad, Panic 2012, The Operators, and The Last Magazine. He died in 2013, and was posthumously honored with the Norman Mailer Award for Emerging Journalist. 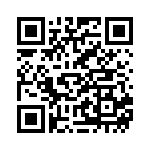