Adam Przeworski is the Carroll and Milton Petrie Professor of Politics at New York University. He previously taught at the University of Chicago, where he was the Martin A. Ryerson Distinguished Service Professor. Przeworski is the recipient of the 1985 Socialist Review Book Award, the 1998 Gregory M. Luebbert Article Award, the 2001 Woodrow Wilson Prize, the 2010 Lawrence Longley Award, and the 2010 Johan Skytte Prize. He has been a member of the American Academy of Arts and Sciences since 1991.

Professor Sprague has written on voting and elections, the history of socialist voting, voting patterns in the U.S. Supreme Court, lawyers in politics, and crime including homicide. His academic career has been wholly at Washington University in St. Louis and he has been chair of the Department of Political Science there. He is the author of Voting Patterns on the U.S. Supreme Court; Lawyers in Politics (with Heinz Eulau); The Dynamics of Riots (with Barbara Salert); Systems Analysis for Social Scientists (with Fernando Cortez and Adam Prseworski); Paper Stones (with Adam Przeworski); and Citizens, Politics, and Social Communication (with Robert Huckfeldt). He has contributed articles to the American Political Science Review, the Journal of Politics, the American Journal of Political Science, Political Methodology, Criminology, and other journals. 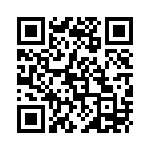