A touching story that follows Ari and her brother Gage as they navigate homelessness after leaving their guardians home. Her struggles in continuing her success in school and staying in touch with ... ¾\ÅŖµū½×„ž¤å

Ari is a fifth-grader who dreams to go to Carter Middle School just like her family did. But Ari”¦s situation isn”¦t exactly normal. Her mother died four years ago wishing that Ari and her older brother ... ¾\ÅŖµū½×„ž¤å

Jennifer Richard Jacobson is the author of several books for children and young adults, including the middle-grade novel Small as an Elephant and the Andy Shane early chapter books, illustrated by Abby Carter. She lives in Cumberland, Maine. 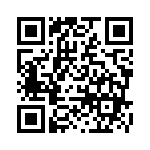