Born in Weymouth, Massachusetts, David Sword Wyman (1929-2018) was the grandson of two Protestant ministers. His father was a mechanical engineer, and his mother a teacher and librarian. Wyman graduated from Boston University in 1951 with a degree in history and received a master’s degree in education from Plymouth State College in New Hampshire in 1961 and a doctorate in history from Harvard in 1966. From 1966 until his retirement in 1991, Wyman taught history at the University of Massachusetts, Amherst, where he was the Josiah E. DuBois, Jr. Professor of History and twice served as chairman of the Judaic studies program.

Wyman first examined the response to Nazism in Paper Walls: America and the Refugee Crisis, 1938-1941 published in 1968. It took Wyman 15 years to research and write its sequel, The Abandonment of the Jews: America and the Holocaust, 1941-1945 which appeared in 1984, rose to the New York Times best-seller list and won the Bernath Prize of the Society for Historians of American Foreign Relations, the Saloutos Award of the Immigration History Society, the Anisfield-Wolf Award, and the National Jewish Book Award, among others. The book went through seven hardcover printings and multiple paperback editions, and was translated into German, French, Hebrew, and Polish, selling more than 150,000 copies worldwide. 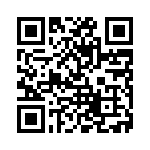