Paradise opens with a scapegoat massacre. "They shoot the white girl first. With the rest they can take their time." Who that white girl is, is left for the reader to decide. I suppose the mystery is ... Przeczytaj peġnḟ recenzjê

A difficult subject, or couple of subjects really, to write about in alcoholism and adultery, and especially to write in a way that is both realistic and sympathetic, and without resorting to "bad ... Przeczytaj peġnḟ recenzjê

Toni Morrison is the author of eleven novels, from The Bluest Eye (1970) to God Help the Child (2015). She received the National Book Critics Circle Award, the Pulitzer Prize, and in 1993 she was awarded the Nobel Prize in Literature. She died in 2019. 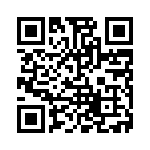