Major General Ian Cardozo was born in Mumbai and educated at St Xavier's School and College. He joined the Joint Services Wing at Clement Town, Dehradun, in July 1954, which transferred to Khadakvasla, Pune, in January 1955, and became the National Defence Academy. Here he was the first cadet to win the gold medal for being the best all round cadet, and the silver medal for being first in order of merit. He was commissioned at the Indian Military Academy into the first battalion, the Fifth Gorkha Rifles (Frontier Force), where he received his basic grounding as a young officer. Here too, he was one of the first officers to be awarded the Sena Medal for gallantry for a patrol in NEFA in 1960. Wounded and disabled at the battle of Sylhet in Bangladesh in 1971, he overcame the handicap of a lost leg and became the first officer of the Indian Army to be approved for command of an infantry battalion, and subsequently, also the first war-disabled officer to command an infantry brigade. Thereafter, he commanded an infantry division and retired in 1993 from his appointment as Chief of Staff of a Corps in the East. He now works in the area of disability with the Spastics Society of Northern India. 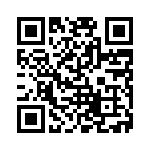