Lynden B. Miller, is a public garden designer and Director of The Conservatory Garden in Central Park, which she rescued and restored beginning in l982. Her work in New York City includes gardens for Bryant Park, The New York Botanical Garden, Wagner Park in Battery Park City, Madison Square Park, and Columbia University. She has designed landscape improvements to campuses at Stony Brook University on Long Island, Princeton University, and Hunter College, and plantings for the garden at the Museum of Modern Art. She is part of a team designing landscape and gardens for the United States Supreme Court, and her garden in Chelsea Cove Park on the Hudson River will open in Spring 2010. 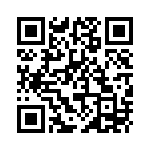