Lucas Champollion is Assistant Professor of Linguistics at New York University. He holds a Ph.D. in Linguistics (2010) and a M.Sc. in Computer and Information Science (2007), both from the University of Pennsylvania. Before joining New York University in 2012, he worked as a postdoctoralresearcher at the Eberhard Karls Universitat Tubingen in Germany. His work has appeared in journals such as Theoretical Linguistics, Linguistics and Philosophy, and Semantics and Pragmatics, and in edited volumes from CUP and Wiley. 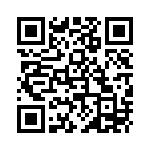