Page 4 - Cleavage Structures, Party Systems and Voter Alignments: An Introduction ', in SM Lipset and S.
Appears in 52 books from 1952-2005

R.K. Carty teaches in the Department of Political Science at the University of British Columbia. He has studied at Oxford and holds a Ph.D. from Queen’s University, Kingston. He is co-editor of Entering the Eighties: Canada in Crisis. 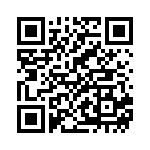